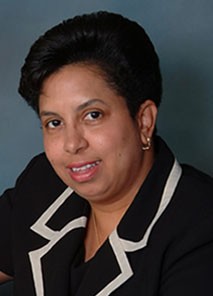 Jacqueline Conolly obtained a Bachelor of Arts (Hons) degree in History from the London School of Economics and Political Science (University of London) in 1983.

She then furthered her studies by obtaining a Postgraduate Diploma in Law from the University of Westminster, London, England.

She completed her professional training by attending the Inns of Court School of Law and became a Barrister-at-Law, England and Wales in 1985. She was subsequently admitted later that year as an Attorney-at-Law in the Cayman Islands. She is a Member of the Honourable Society of the Inner Temple.

On Jacqueline's return to the Cayman Islands she worked as Deputy Clerk of Courts and later as Crown Counsel with the Cayman Islands Government where she advised on a broad spectrum of criminal and civil matters including labour law matters, immigration appeals, Merchant Shipping matters, contracts, leases, personal injury and medical negligence claims.

In 1989 Jacqueline attended a course at the Institute of Advanced Legal Studies, University of London where she studied legislative and contract drafting as well as treaty negotiations.

In 1991 she joined Ritch & Conolly and has specialised in civil and commercial matters.

Jacqueline is a Notary Public and a member of the Maritime Sector Consultative Committee. She is a former Chairman of the Labour Law Appeals Tribunal and a former member of the first Health Insurance Commission.